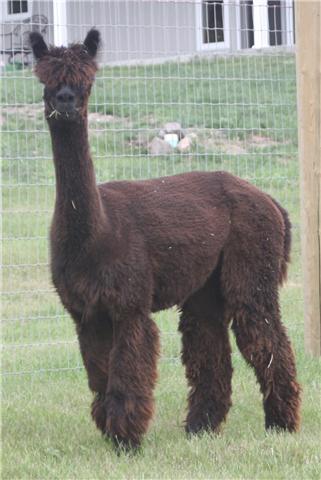 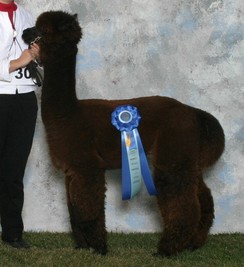 This is a proven dam who births easily, has lots of milk, crias have great IgG levels as well as impressive weight gains all without dam losing body condition while under the stress of pregnancy and lactation. Bea is an incredible mother and has needed NO assistance from the two leggers here on the farm and she takes great care of her babies. Reliable, consistent production dam that would bring value to any herd. Bea has been bred to black as well as white herdsires and produced dark color each time. We are very fortunate that two of her three offspring have been females and they will be replacing Bea in our small breeding program.

Bea is open at this time and can be bred to your own herdsire or we would be happy to breed her with one of our males. FBF Rainman or NorthernPrairie's Snowdrift are available and either one would make a great pairing for Bea; we would recommend Rainman. Both males have lovely fleece and our favorite characteristic on each of them is they have uniformity across the blankets and awesome hand (both of these males have been awarded BEST HAND in fleece shows). 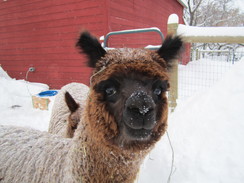 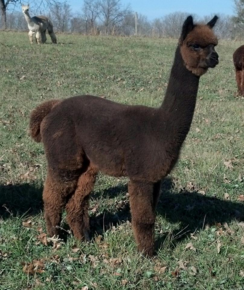 Handwoven Rugs
Fresh From The Farm 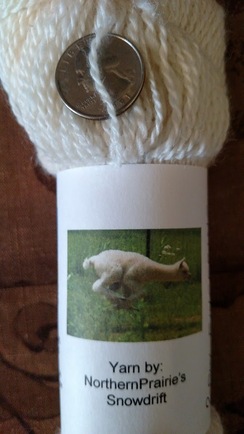 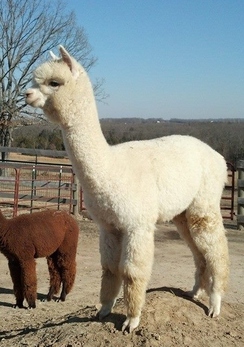 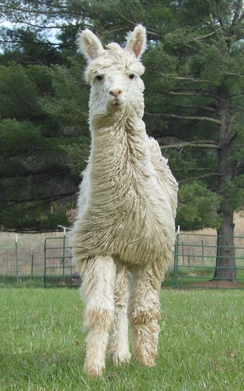 Tikanui's Einstein of NPALLC
Light Fawn
Locks, Luster and so much more!